How We Protest in Dahlonega and Beyond

In so many parts of the world, when you get angry, you get a few thousand of your closest friends, relatives, and acquaintances together and riot. You burn a few buildings. Turn over a dozen or so cars. Throw heavy rocks at police officers. And, of course, you scream chants incessantly loud over and over  while waving your fists in the air.

Fortunately, oh so fortunately, that's not how people in Dahlonega and Beyond react when they get mad. Here in North Georgia, we show our anger without taking to the streets, burning and looting

Here are a few examples of how people in our part of the world show their disdain:

While the people in our area may show their dissatisfaction in non-violent ways, don't think we don't value our freedom and will fight for them. Our love of freedom and are country are quite evident to anyone who sees the war memorial on Dahlonega's town square or the graves of war veterans in local cemeteries.
Posted by Unknown at 12:10 PM No comments:

Bikes to Zip thru Dahlonega

The Dahlonega area, with their curvy and mountainous roads, has long been a favorite of Harley, BMW, Yamaha and other motorcycle riders.

However, the other kind of bikes - the non-motorized kinds - are going to be filling the square this Saturday by the hundreds when Dahlonega hosts the 2nd Annual Six Gap Criterium, one of Georgia's premier cycling events.

While the event is open to riders from though out the region, don't expect to see the type of two-wheelers you rode as a child. The bicycles in this race are big-time bikes, some costing hundreds or even thousands of dollars.

Cyclists from ten to 50 (and beyond), along with many of the Southeast's biggest stars in cycling, are expected to participate in the scenic Criterium. They will ride on a one kilometer closed circuit around the historic town square, along West Main Street and on the NGCSU campus. Cyclists can reach speeds of 40 miles per hour as they speed along the curvy and hilly course and compete for medals as well as thousands of dollars in prize money,

You can expect to see cyclyists riding through town from 3:30 to 8:30. The Junior Races start at 3:30 p.m. and the Men's Pro-Am at 7:30 p.m. The race is open to the public, and race organizers expect thousands of people to fill the square or line the route to cheer on the bikers.

And if watching cyclists speed around Dahlonega's curves isn't enough excitement for you, there's a Bike Expo in town and, of course, all the downtown shops will be open.

The Six Gap Criterium is the final event in the Georgia Championship Series (GCS). Many of those participating in the Saturday event will also ride in the strenuous, sometimes treacherous, Six Gap Century and Three Gap Fifty Bike Races on Sunday, Sept. 30.
Posted by Unknown at 9:18 AM No comments:

Murder and Mayhem in Lumpkin

Yes, folks. There is murder and mayhem right here in Lumpkin County. Well, murder might be stretching the truth just a tad, but there definitely is some mayhem. 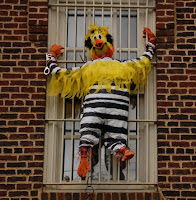 The story starts several weeks ago when the Dahlonega Women's Club displayed their first scarecrows around town to promote the organization's Scarecrow Stomp, a fundraiser and contest based on scarecrow building and scarecrow creativity. Unfortunately, it wasn't long before the mayhem (and first of the many incidents) began.

One scarecrow disappeared, then another, and another. What happened next was even more disturbing. Someone (or someones) burned a scarecrow right where he/she stood. A news story in the Dahlonega Nugget, calling attention to the disappearances, and burning, seemed to quell the mayhem for a while.

But it wasn't long before scarecrows began disappearing again. Not just in downtown Dahlonega, but along county roads, in front of churches, and next to local businesses.

The scarecrows on display went missing at the Dahlonega Funeral Home, Woody's Barber Shop, the United Community Bank and the Dahlonega Baptist Church were all attacked and wrecked. The anti-scarecrow folks even stole the Uncle Sam scarecrow. (Ironically, among the missing is a scarecrow a deputy sheriff's uniform.)

"While they have small monetary value per se, they (the scarecrows) represent the collective work and enthusiasm of people trying to do good for the community," wrote Leah Ratzel in an editorial published in this week's Nugget. Sadden by "this reception in our community," Ratzel wrote that nearby towns have similar festivals, yet they "have no problem with vandalism. What's up with Lumpkin County."

It is sad, extremely sad, that a group of thugs (yes, I said thugs) have acted so irresponsibly. Having total disregard for the work of others. Destruction of property. Theft. Vandalism. These are not behaviors we want in Lumpkin.

Mayhem is not funny. It is a crime. Let's hope this vandalism doesn't deter the Dahlonega Women's Club from sponsoring Scarecrow Stomp again next year. 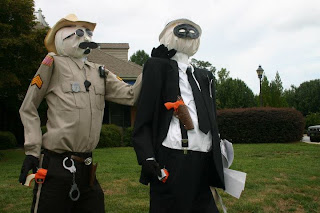 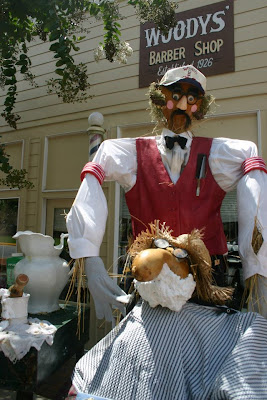 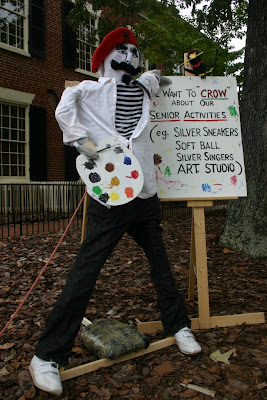 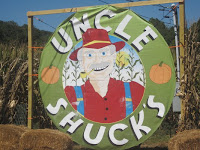 Before we moved to Dahlonega and Beyond, leaves turning bright orange and red were our signal that fall had arrived. But in our world now, the first real sign of fall is the opening of Uncle Shuck's Corn Maze in Dawsonville.

When you leave anywhere near Dawsonville, you can expect to experience traffic backups for miles on 400 and Hwy. 53 as corn shucking, maze loving folks journey to this North Georgia hot spot on fall weekends. (FYI, this popular fun maze is not too far from the corner of Hwy. 400 and Hwy. 53.)

Uncle Shuck's isn't the only place for fall fun up here in Dahlonega and Beyond.
Tourists (and we up here love our tourists) migrate to North Georgia for fall to experience the breath-taking colors, hand-picked apples, fun festivals, palate pleasing wines, and winding mountain trails.

How lucky we are to live here in the foothills of the Appalachian Mountains and all they offer.

A Candidate for Cruiseaholic Anonymous

Okay. I'm just going to say it. I'm a Cruiseaholic. It's a sickness that I've had for about 20 years now. And, as I get older, I've found that the only remedy is, of course, another cruise.

How do you know if you're a Cruiseaholic? If you answer Yes to two or more of the following questions, you're definitely a Cruiseaholic and perhaps a possible candidate for Cruiseaholic Anonymous. 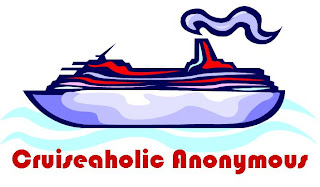 Have any more Cruiseaholic signs that you want to share? D&B would love to hear them!

It's Back - Dawsonville Pool Room

Bully Burger lovers rejoice! The Dawsonville Pool Room (DPR) is open again. Closed in the spring by those infernal revenooers, the legendary Pool Room opened its doors on Labor Day Weekend much to the joy of Dawsonvillians and DPR fans worldwide.

On May 9, a force of Georgia state revenooers stormed into the restaurant during a lunch service, grabbed the cash register, ordered patrons out and shut the Pool Room down. Since that date the Pirkle family has worked with the government to regain possession of the restaurant and pay back a tax debt totally almost $40,000.

When word came that the restaurant doors had shuttered, the community rallied in support of Pirkle and the Pool Room, both icons in the county and in NASCAR racing circles. Groups and individuals have thrown fundraisers for the Pirkle family, created a Facebook page (Save the Dawsonville Pool Room) and written letters of support to local newspapers.

Pirkle plans to have an official grand opening in coming weeks. Until then, the Pool Room is open for lunch and dinner. Breakfast will be added later. As for the menu,  have no fear. The menu hasn't changed. Bully Burgers, those classic Pool Room fries, and the yummy daily Meat and Two specials are still available.

Dahlonega and Beyond urges all to journey to the Pool Room and support this historic venue by attending a fundraiser hosted by Save the Pool Room supporters. Two of those fundraisers are planned for coming weeks - Sept. 29 car show at the Georgia Racing Hall of Fame in Dawsonville and an Oct. 5 Murder Mystery Dinner Theater event at the Peach Brandy Cottage.

Welcome back, Dawsonville Pool Room. We missed you.