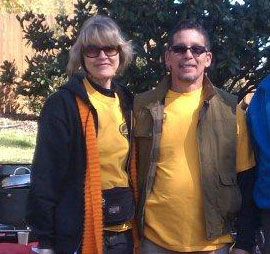 Having worked with small businesses for over 20 years, seeing hard working entrepreneurs succeed is always heartwarming.

This is especially true of Vicki and Jay Hood, two of the hardest working small business owners we know. Vicki and Jay left the hubbub of metro Atlanta several years ago, moving to North Georgia. Here they opened a Citrus Solutions carpet cleaning franchise.

Despite the down economy, the Hoods have persevered. They've networked in Lumpkin and Dawson counties, joined the chamber of Commerce in both Dawson and Lumpkin counties, and became active in both business communities.

The couple have built their business on hard work and customer referrals. Customers and business associates alike will tell you that the two entrepreneurs are known for their honesty, trustworthiness, and 'you're in good hands' attitude.

While Jay and Vicki have been busy growing their business, people have been watching and noting the Hood's commitment to their work and community. So, it came as no surprise to us when the Dawson County Chamber of Commerce named the couple, Dawson County's Entrepreneurs of the Year.

Congratulations, Jay and Vicki. You are, indeed, outstanding entrepreneurs.
Posted by Unknown at 7:30 AM 1 comment:

Dahlonega and the Liquor Vote 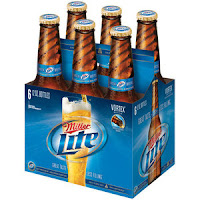 The City Council of Dahlonega seems to be listening to the voters when it comes to Sunday beer and wine sales. That's something the 'Big Daddy' County Commission in Lumpkin County failed to do.

The topic of Sunday liquor sales has popped up at the Dahlonega City Council. The council has decided to hold a public hearing to discuss the possibility of an election on Sunday beer and wine sales within the city limits.

Last month, the County Commission voted NOT to give the Lumpkin voters the opportunity to say Yea or Nay on selling beer and wine on Sunday. The result - Voters got mad...really mad. (An indication of this were the multiple Letters to Editor and columns in the local Dahlonega Nugget.)

We can only hope that the Dahlonega council members believe in the right of the people to vote...something the Lumpkin commissioners don't seem to believe in.
Posted by Unknown at 8:30 AM No comments:

Clint Eastwood is here, he's there, he's everywhere (or at least that's how it seems) in little Dawsonville, Ga. Clint is here filming and staring in his latest movie, Trouble with the Curve.

According to Dawsonville locals, Clint is staying right in the heart of Dawsonville in a trailer/RV parked in a spot behind the Food Lion. D&B (and many others) thought that Clint would stay in Atlanta and make the daily trip to set in Dawsonville. (A number of scenes are being filmed at the Amicolola Lodge, aka motel, in Dawsonville.)

But we were wrong. Clint is right in town. He's been spotted having breakfast at the world famous Dawsonville Pool Room, working out at Bodyplex, and shopping for fresh fruit at the Food Lion. He was even spotted driving thru town on the way to the movie set.

Those who have served him or waited on him report that he's awfully nice and polite. Sure glad Clint is in Dawsonville and not spotlight-seeking Lindsay Lohan.
Posted by Unknown at 12:04 PM 4 comments:

Clint Eastwood and the Keys to Dawsonville

The City of Dawsonville is warmly welcoming Clint Eastwood and his fellow movie stars to the small town. In fact, the city fathers even wanted to give the stars of Trouble with the Curve keys to the city.

The presentation had been planned for weeks, according to the Gainesville Times. In an interview with the newspaper, Dawsonville Councilman Calvin Byrd said, "I was talking to one of the crew today and he said he'd still pass the word along that the city wants to do this, but it's not looking too good."  "We're just glad they're here."

Interesting TWTC factoid: One of the 'stars' of the movie is Clint Eastwood's son Scott, who plays a minor league baseball player.

Filming is underway this week for Clint Eastwood's new picture, Trouble with the Curve in Dawsonville, Ga.

Thousands of dollars in 'improvements' later, and Dawsonville's Amicalola Lodge is ready for its starring role in the baseball-themed movie. The 55-year-old Lodge, located near the town's main square, has been "sprucied up" (that's a good Southern term) with a new patio, carpet, canopy, ceilings and fixtures. 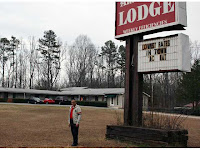 "They've spent a lot of money here. I'm so proud," said motel owner Pravin Patel, in an a Gainesville Times interview. "The directors and producers, they told me of all the places they've filmed, here in Dawsonville is their favorite." (The movie crew also filmed in Athens and Macon.)


One side-effect of the filming has been the traffic congestion in Dawsonville. Although the production company hired security to manage the traffic, the waits to get through town have caused locals quite a few headaches. But, as the powers-to-be assure everyone, having Dawsonville (and motel) play a role in a Clint Eastwood movie will definitely boost tourism and interest in the city and Dawson County.
Posted by Unknown at 1:53 PM 1 comment:

Dahlonega Wants to Be a Movie Star

With next door neighbor, Dawsonville, Ga., overflowing with production crews and movie stars for the filming of Trouble with the Curve, Dahlonega wants in on the movie business too.

The Dahlonega-Lumpkin County Chamber of Commerce has launched a 'bring the film industry here' initiative in hopes of snagging a film production. It could happen. Georgia is now a 'cool' place for movie moving making. Three feature films and 16 television series are in pre-production in Georgia.

A couple of movies almost selected Dahlonega for filming locations. Shenanigan's Irish Pub, a spot popular with locals and Dahlonega tourists, was on the short list for a bar scene in Trouble with the Curve. Unfortunately, the location shot went to an Athens, Ga. bar. Dahlonega also lost out Wanderlist, a Jennifer Anniston and Paul Rudd movie. After visiting Dahlonega, the location scout, unfortunately, selected Clarkesville, Ga., for the nudist-focused film.

Rumor has it that scouts are scouring Georgia for a town "where Tom Cruise would want to establish a futuristic colony." Who knows? Tom and his team just might pick Dahlonega. We'll keep our fingers crossed.

To our surprise, we learned, via Facebook, that there's a National Brothers Week in March, and that we missed it.

To be honest, we had never heard of a week devoted to honoring brothers, but after doing some research, we discovered that Brothers do have their own week. In fact, sisters get a week of their own in March, too, March 25-31.

So much to celebrate. Now off we go to Walmart to stock up on party favors, Lysol, Pledge and Swiffer Sweepers. After all, it's almost party time. National Cleaning Week is just around the corner.

No vote in Lumpkin on Sunday Liquor Sales 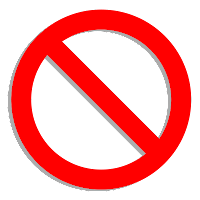 Disappointed. That’s the only word that really describes my feelings and that of so many others in Lumpkin County after hearing that our County Commission voted NOT to allow county residents to vote on Sunday beer and wine sales.
Last year, the Georgia Legislature voted to let Georgia citizens determine if their communities should have Sunday liquor sales. The exact wording of Senate Bill 10 is that “the governing authority of the county or municipality, as appropriate, may authorize package sales by a retailer of malt beverages and wine on Sundays between the hours of 12:30 P.M. and 11:30 P.M., if approved by referendum...”
The key wording here is not that the governing authority may authorize beer and wine sales...what our commissioners failed to focus on are the words, “if approved by referendum.” We citizens of Lumpkin have been denied the opportunity to that referendum – that chance to say Yes or No.
When the legislature passed the Sunday liquor sales bill, Georgia joined the 47 other states that okay Sunday beer and wine sales. Since the bill was approved, neighboring Hall, Forsyth, Dawson, and even the city of Dawsonville have allowed or are allowing their citizens the right to vote on the referendum.
So the question is, “Commissioners, why can’t you allow Lumpkin voters vote on this issue”? Yes, this is a republic and you were elected as representatives of the county, but, in that role, you need to listen to the will of ALL the people, and more importantly, abide by Georgia law.
Posted by Unknown at 8:00 AM 2 comments:

We've always known that our neighborhood Fern Park - located between Dahlonega and Dawsonville, Ga. - was unique, but now Southern Living wants its readers to know just how unique Fern Park is.

In this month's issue of Southern Living, the developer of Fern Park was recognized for her efforts in turning an old family farm into a conservation subdivision. Dana Lachance received Honorable Mention as a 2012 Southern Living Hero of the New South. Dana, long known for her conservation efforts, was sited for creating "an eco-friendly subdivision, proving development doesn’t have to compromise natural resources and landscape." 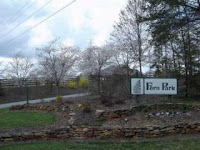 Being a woman land developer can't be easy, especially if that developer wants to go green. Dana stood by her conservation conscience, and as a result, Fern Park is a beautiful place to live. The heavily-wooded 28-home subdivision has as its centerpiece, a 25 acre conservation area. Here we have a picnic pavilion, an area set aside for a community garden, and the beginning of winding nature trails through our fern-filled woods.

Wild flowers bloom in the park three seasons a year. Children play baseball and soccer or just wander the trails with their dogs. Deer wander in the park at night, and in the summer, a bear sighting or two is not uncommon.

Lumpkin County is filled with great neighborhoods, but none quite like Fern Park. We're delighted that others, including Southern Living, are recognizing the Dana's ecological efforts. Congratulations, Dana LaChance.

Thinking Twice about Going on a Cruise?

The other day, a Facebook friend commented that he was planning a cruise, but with all the recent incidents with cruise ships, he was rethinking is plans.

Yes, the cruise industry has had its ups and downs in the past few months. A mega-ship wrecking off Greece, passengers scrambling to safety, dozens of people killed in the shipwreck; then bandits robbing cruisers on land tours, people falling overboard, and a cruise ship stranded by fire in the middle of the Indian ocean.

Okay. We can see our FB friend's point. Yet, when you look at the cruise industry as a whole, cruising is really one of the safest ways to travel. And what other vacation can you take where you unpack your suitcase once and you can see 5 or 6 countries in a week?

Now we ask, did anyone cancel a planned trip by car after the fiery, massive wreck on I75 in Florida? What about after the miracle airplane crash landing on Hudson River? Anyone cancel an airline flight? It's the same with a cruise. Just because a tragedy strikes one segment, an entire industry should not be panned or banned.

We are cruisers who believe in the cruise industry. In fact, we have actually booked a Mediterranean cruise and will said right by the spot where the Costa Concordia went down. Life is too short to worry about the 'what if's.'
Posted by Unknown at 3:23 PM 1 comment: