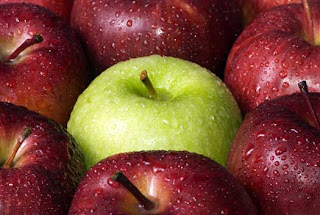 Now admittedly, we don't have absolute confirmation regarding the new product, but word on the street is that the local distillery will soon market another new region-oriented - Apple Brandy.

What an appropriate adult beverage to come from the Dawsonville distillery. After all, quite a few apple orchards can be found in a 20 mile radius of the Moonshine Distillery, so the distillery won't have to go far to apple pick.

We're sure that the Dawsonville Distillery has their own apple brandy recipe, but just in case they don't, here's  one from Taste of Home.

HOW TO MAKE APPLE BRANDY

(FYI...we haven't ever made our own brandy, apple or plain.)